A few months back the Twilters, of Twitter and Facebook fame, exchanged blocks in honor of our friend Frances O’Roark Dowell’s new novel, Birds in the Air, to be published in September.  I sent off forty eight-inch blocks, received thirty-nine different ones back (one went to Frances), added four of my own and some citron batik to make this quilt.  (Thank you, Tina, for coordinating all of this!)  These blocks are from all over the US and several other countries.

There was a question recently about whether we quilt in the ditch between patches.  It depends, but I certainly did on this one!  I used my walking foot and worked my way across both diagonals, then vertically and horizontally until all the “birds” were outlined.  I also created some “faux birds” where I wanted them in some of the white areas.

Then I switched to my free-motion foot to work inside all of the triangles.  The colorful birds got a curve on all three sides (orange peel?), while the background triangles got a figure eight design.  It was my first time using this, so they were mostly figure eights, with the occasional one that turned out more like ribbon candy!

Finally, I put feathers in the center and the other open areas. 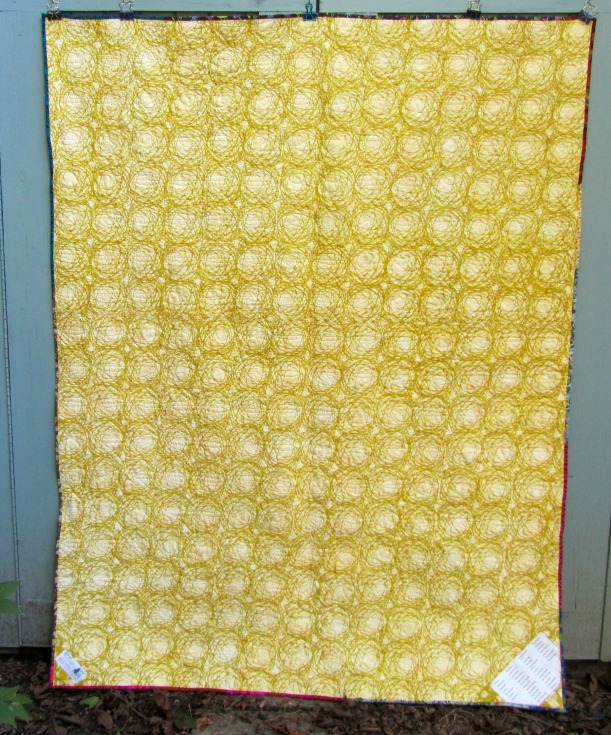 I bound this with strips left from the blocks I sent and some of the left over binding from the Orlando Pulse quilt.  The back is just the scribbly batik.  The large label has all the contributers names printed on Quick Fuse printer fabric, because, even though each block is signed, some of the pens used aren’t completely colorfast in the wash, and I always want to remember you ladies! 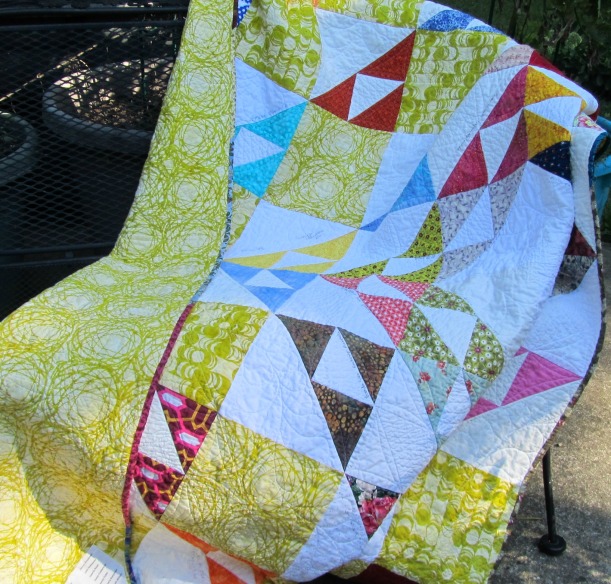 Thank you, everyone, for your contributions to this pretty quilt! 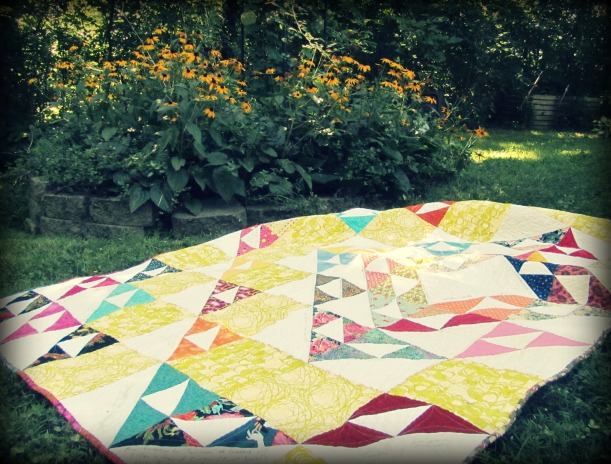 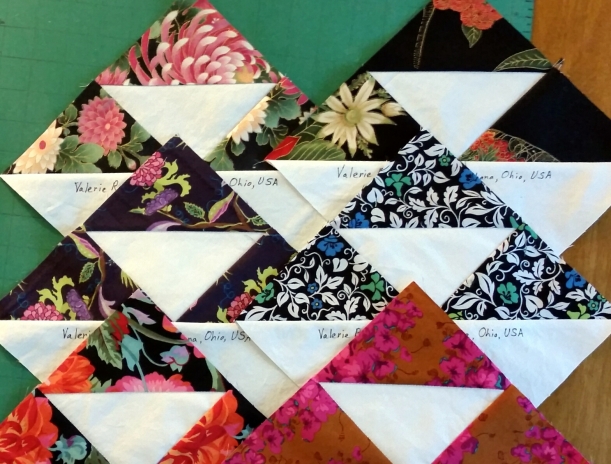 I didn’t sew any today (so far), but I did package up these Birds in the Air blocks for the Twilters! block exchange and take them to the Post Office.  Thank you, Tina!

I used pieces from a floral remnant collection I got years ago from eQuilter.  Most were the perfect size to cut one strip to make five blocks, leaving behind a string or nothing, so I busted these right outta my stash.  Most of them were very large florals, and I like how they turned out.  (The red, green, gold on black is not Christmas, it’s an Asian fabric with red chrysanthemums.)

Missing from this photo is the red geranium fabric.  I was neatly stacking these when I realized I only had 35 blocks instead of the 40 I had made.  I searched for several minutes before I found them hiding on a quilt where I’d been signing them.  Nice try!

As I take it easy to let my new knee heal, it seemed like a good time to show off an old quilt.

The Twilters! on Facebook are holding an exchange of Birds in the Air blocks in honor of Frances’ new book, so I was reminded of this.

I made this little quilt in 1993, inspired by Ruth McDowell’s Pattern on Pattern.  It’s all hand pieced and quilted (from back when I did that!).  It’s about 39″ square, made from 6″ blocks.

Some blocks are like we’re making, others are split down the middle, and then color creates the shifting layers of transparency.  Gives me ideas for fancy ways to set our exchange blocks. 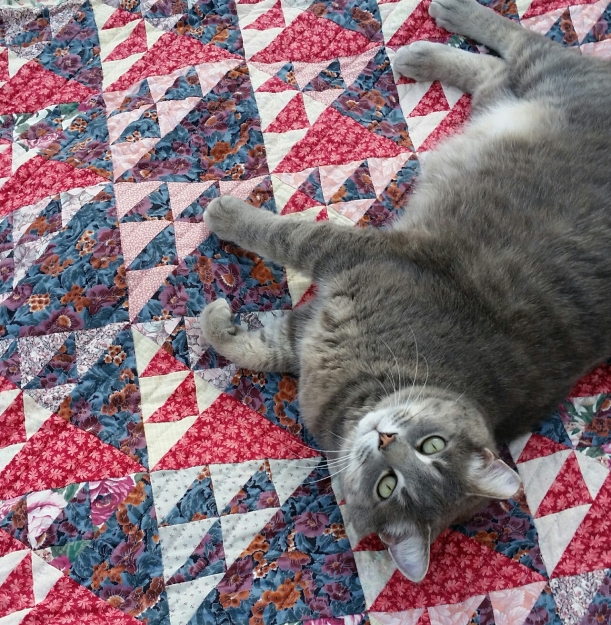 And, yes, you’ll be glad to know I did have help with these photos.